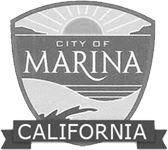 The Calfornia Education Code states that any pupil subject to compulsory full-time education, or to compulsory continuation education, who is absent from school without valid excuse three full days in one school year, or tardy or absent for more than any 30-minute period during the school day without a valid excuse on three occasions in one school year, or any combination thereof, is a truant. At the Marina Police Department, we take truancy very seriously. We believe that habitual truancy effects our crime rates in other areas as well as further deteriorates the child's future through the loss of education.

Children who are found by officers to be out of school during school hours, will be taken into temporary custody and transported back to the school. They will be given a citation for a violation of the truancy law and turned back over to the school officials. Parents will be notified of this action. Repeated truancy violations can result in criminal prosecution of both the child and the parent.

The city of Marina has a curfew ordinance that applies to all minors below the age of eighteen. The ordinance states:

Minors under the age of eighteen who are found to be in violation of the city's curfew ordinance can be arrested.

The Marina Police Department encourages parents to know where their children are and who they are with at all times. Marina Municipal Code 9.04.020 makes it a crime for any parent, guardian, or other adult person having the care, custody or control of a minor under the age of eighteen years to permit them to violate curfew.